C. Alex de Freitas is currently based at Karaka Street Studios in Eden Terrace, but is making the big move to London in October. People are the main reason Alex is so fascinated with image-making. He enjoys the process of meeting complete strangers and understanding more about their worlds. 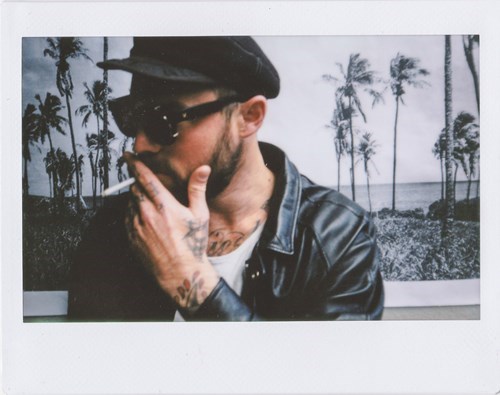 Where are you based?
I'm currently based at Karaka Street Studios, a studio and shared working space I've recently established in Eden Terrace, but this October I'll be making the big move to the Northern Hemisphere. Initially I'll be based in London, shooting in the music and entertainment sectors...but in my master plan I'll end up somewhere much closer to the sea...I'm thinking Portugal, Spain, or Italy...meeting strangers, telling their stories and spending some time developing some personal projects I've had up my sleeve for far too long.

What inspired you to become a photographer?
I didn't actually plan on photography as a career. I was writing my PhD in urban studies, using photo-ethnographic methods as part of my research. I came SO, SO close to handing that bad-boy in! I enjoy the randomness of the city, meeting strangers...and more importantly, communicating a small part of their stories. Photography is a way for me to tell fragments of stories. Those moments where my life intertwines with others. 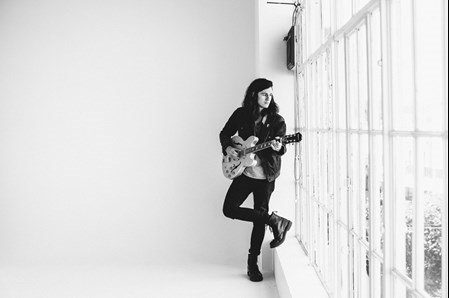 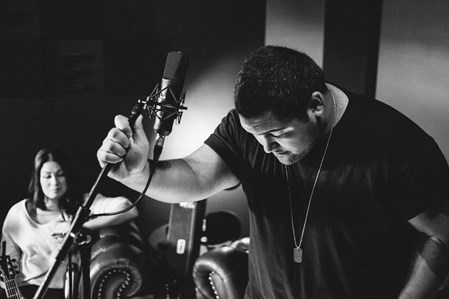 How would you describe your style of photography?
I'm definitely not thoughtful or composed. I mean, I'm thinking about the task at hand when I'm at a paid job...but I prefer to immerse myself in the moment. Photographing people - I focus most on just being there in person...like hanging with old friends. I want to capture comfortable, real images. I don't set out to create a shot...I set out to visit that waterfall...attend that concert...hang out with that musician and 99% of the time I manage to come back with something share-worthy at the end of it all. You definitely won't find me composing scenes in a studio. I'll be out on the street, somewhere new - waiting for something interesting to pique my attention.

You recently switched to Fujifilm, what influenced this decision?
I photographed weddings for many years with a pretty epic Canon kit. We had all the bodies and lenses you could ever want. I was spoilt for choice. Post wedding photography life I found myself in the position where I had a Fuji X-E2 and Canon 5D MkIII both with pretty much identical lenses (Wide Zoom, 35mm, 85mm). I wanted two matching bodies and it just felt like time to ditch the Canon in favour of a second Fuji. Travelling to the UK, lighter was a bonus. To be honest, I can operate the Canon with my eyes closed. It feels like a new challenge...to learn the ways of Fuji. I've got an X-E2 and X-T1 now. It's a perfect little combo. I just want to get to the point where it feels natural using them like the Canon did. Maybe it just takes time to bond :-) 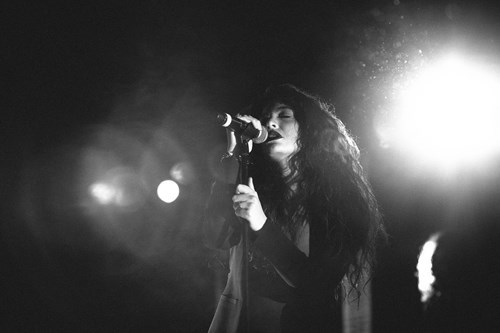 If you had to choose one lens, what would it be and why?
On Canon I would've said 50mm f1.2. That lens rarely left my camera. But on the Fujis, I'm really loving the 23mm f1.4 (35mm equiv). For some reason that's the focal length that's feeling most natural to me on the Fuji bodies. But don't get me started on the Fuji 56mm f1.2 though. That lens is amazing! Can I choose two?! 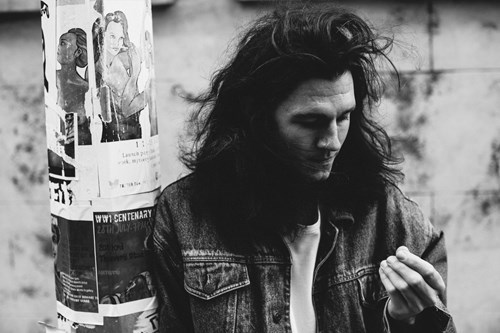 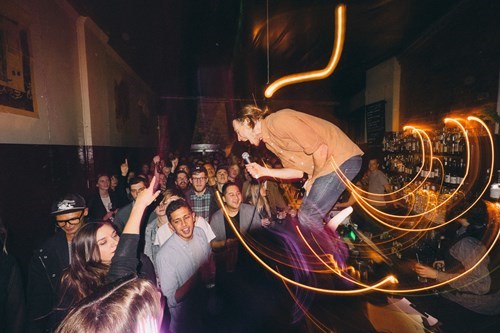 What has been your greatest photographic achievement to date?
I'm in love with a compact 35mm film camera called the Olympus Trip 35. I collect them. I probably have 50 of them. Each has it's own quirks. Last year I held an exhibition of prints solely made on those little cameras. We had a great turnout. I sold a bunch of prints. It just felt good to get that body of work up on the wall and have a party to mark the occasion. Five years of photographing at home and far away with my trusty Trip 35. Here's to five more!

In your opinion, what makes a good photograph?
For me, a good photograph must have that x-factor. I don't really know how to explain it...Maybe it conveys a real, raw sense of emotion, or captures a fleeting moment. I really appreciate viewing a photograph that I know would be impossible for me to reproduce. A good photograph makes me look and look back again. One that makes me wish I had been there and want to know more. 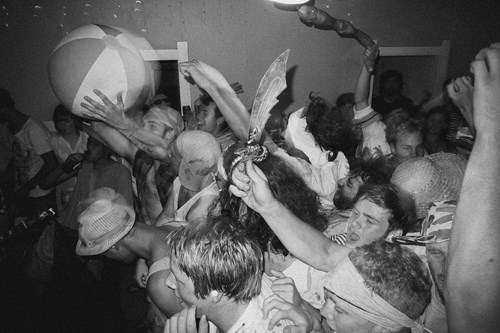 What motivates you or keeps inspiring you to keep doing what you do?
For me, PEOPLE are the reason I'm so fascinated with image-making. I enjoy the process of meeting strangers and understanding a little more about their worlds. I'm utterly fascinated by the ways my journey can intersect with others'. Because I'd really struggle with simply rocking up and photographing a stranger or client - I relish the moments leading up to the photograph far more than the final product itself. I LOVE telling the stories behind my images. I feel as though I could converse for hours about any photograph I've ever made. They are full of stories. Stories I can't help but want to share! 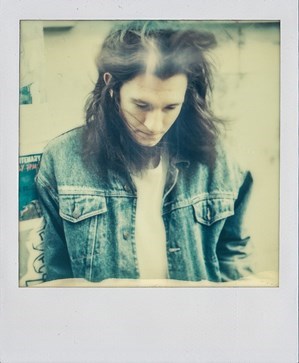 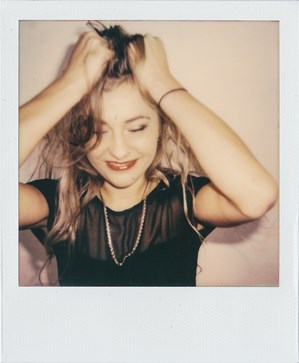 We see that you shoot film, instant and 35mm what attracts you to film?
Before my recent love affair with the Fuji X System, I would boast that I solely shot on analog formats in my personal life. I felt as though it suited my immersive style of photography - where being in the moment, and telling the story was far more important than producing a well-composed, technically correct image with bazillions of megapixels. With that said, I'm shooting lots on the Fuji cameras in my personal life now too. I'm on a mission to shoot more in general. To be that Alex who five years ago would've never been seen without a camera at his hip. Oh and the $$$. Film is expensive when you don't have a high-rolling wedding photography business to pay for it :-) 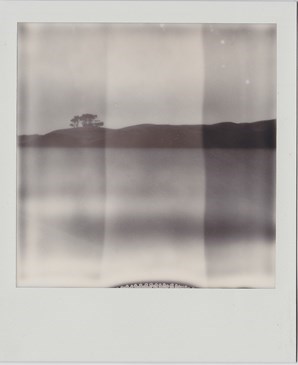 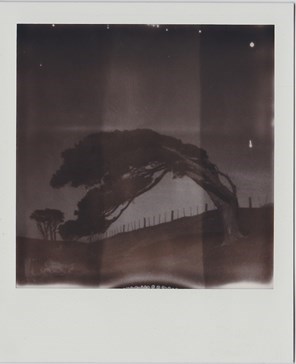 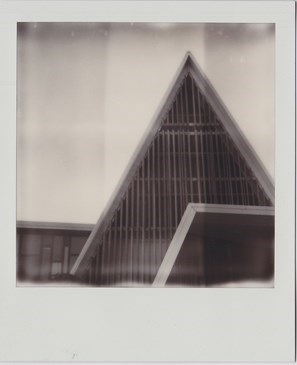 Do you shoot a lot film for your professional work?
I have shot film in the past professionally. Whilst I love its quirks and tones I can't deny the safety that comes with shooting digitally. I can review images with clients right there. My clients still all want a filmy look to their images anyways. You want that image in colour AND B&W?! No problems! I'll always enjoy shooting analog in my personal life - but I feel as though there's too much on the line when I'm shooting professionally to take that risk. Maybe I'm just a wuss.

What would your dream photo shoot be?
My dream shoot would take place over at least a few months and it would document my adventures travelling across the US on Harleys, or across Africa in Land Rovers, or across the Pacific Ocean by wooden sailing ship. I wouldn't have a specific brief. It wouldn't really even be a 'shoot' - just an adventure! I'd just go, focus on the people I met along the way and explore our intersecting stories. I like to acknowledge the biographical nature of my work. I want to emphasise, through story telling, my experiences as well as those of the people I meet along the way. I don't want to feel separate to my subjects. I'm telling my story as well as theirs.

What has been your most memorable shoot?
I'd be lying if I didn't say that photographing weddings in Mykonos, the Austrian Alps and Samoa weren't pretty memorable. Every wedding I shot was memorable - you never forget the couples, families and friends that you get to know so well before the big day. But those were a few pretty epic locations for sure. 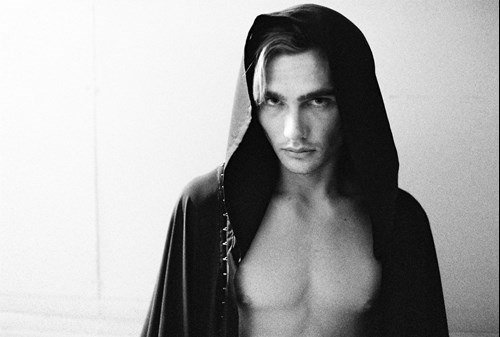 If you weren't a photographer, what would you be?
If I wasn't a photographer there's a good chance I'd be passionately ranting to students about my love for cities, urban spaces and public life as a university professor. I would like to think whatever I was doing I'd still be creative through writing. Oh, and probably working in a shed down south somewhere breathing new life into old Land Rovers. I do love my Land Rovers! 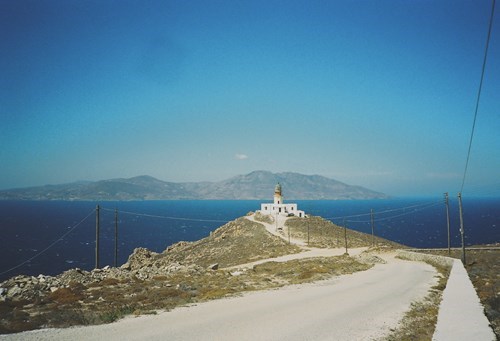 What tips or advice do you have for budding photographers?
I'm going to give myself the exact same advice. Dear Alex, shoot more. Shoot always. Make time to shoot. Wake up early. Drive far. Call in sick to work. Make opportunities to shoot. It's not the camera. It's what's behind the shot. It's about the journey to the image and the stories you can tell. Forget Tumblr, Pinterest, Instagram. What you're making is yours. No good sitting in front of the screen feeling overwhelmed by others' work. Go make you own life exciting. Surround yourself with the people and things you want to shoot. Don't be an outsider. Build relationships. Keep going back. Don't give up. Oh, and it's not easy. It's freaking tough to make money as a photographer. Do it because you love it and maybe, just maybe you'll find a way to give up that day-job. With the above said...I'm off to London, probably destined to pick up some minimum wage bar-tending job just to keep the dream alive.