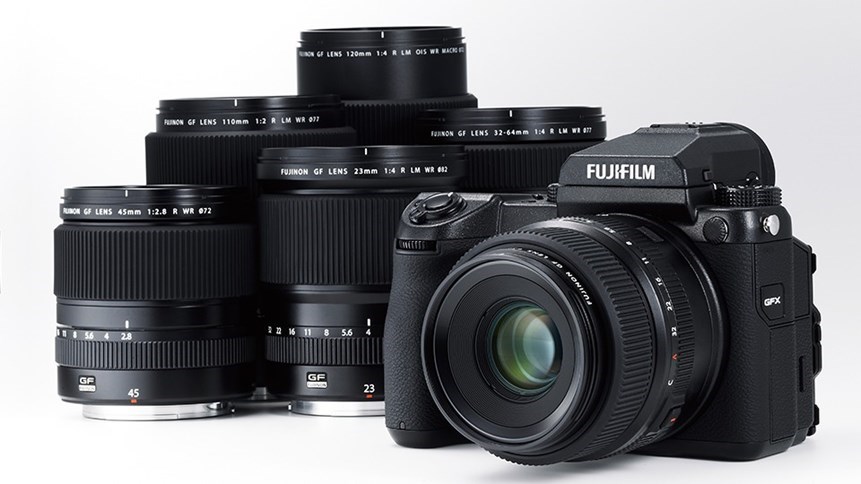 Jumping right over “full-frame,” Fujifilm has finally lifted all the curtains from its upcoming G Series medium format camera system, more specifically, the GFX 50S Mirrorless Camera and its accompanying lenses and accessories. The significance of this system lies in the use of a large 43.8 x 32.9mm 51.4MP CMOS image sensor, which is roughly 1.7x the area of a standard 35mm sensor. This is what helps deliver the outstanding image quality promised with medium format imaging, as well as a much different and much desired “look” compared to the usual 35mm systems. However, this isn’t all Fujifilm has in store today. 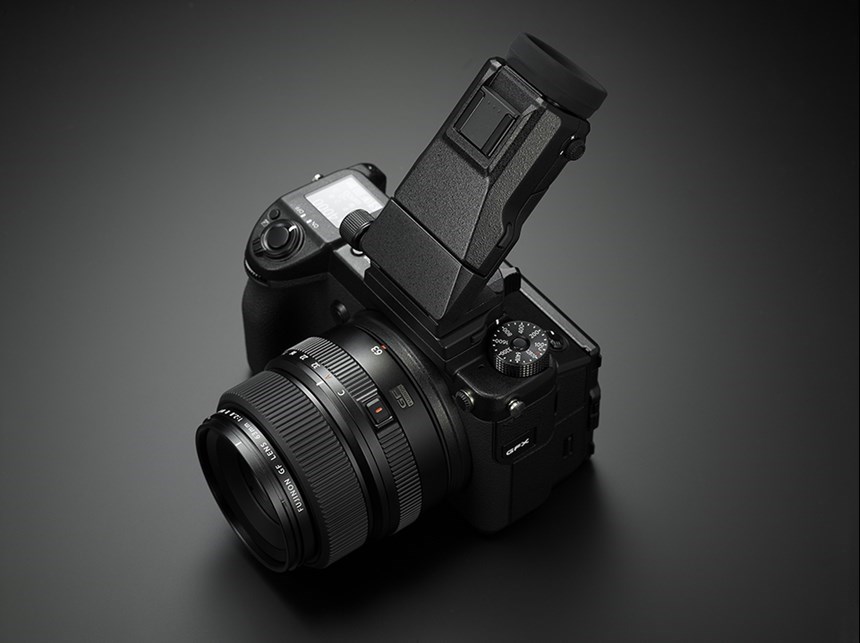 Thanks to its mirrorless design, the GFX 50S manages to fit a lot of power into a much smaller body than many of its medium format DSLR predecessors. This power comes from the combination of the 51.4MP 43.8 x 32.9mm CMOS sensor and the X-Processor Pro, which processes the data to produce images with outstanding dynamic range, reduced noise, and excellent detail. The large sensor lends itself well to making highly detailed, exhibition-quality prints, as well as working with intricate scenery or critical reproduction work with the larger pixels able to more accurately capture the scene and subjects. It also affords a native sensitivity range from ISO 100-12800 that can be expanded to ISO 102400, and can record imagery in a variety of aspect ratios, including 4:3, 3:2, 16:9, 1:1, 65:24, 5:4, and 7:6. 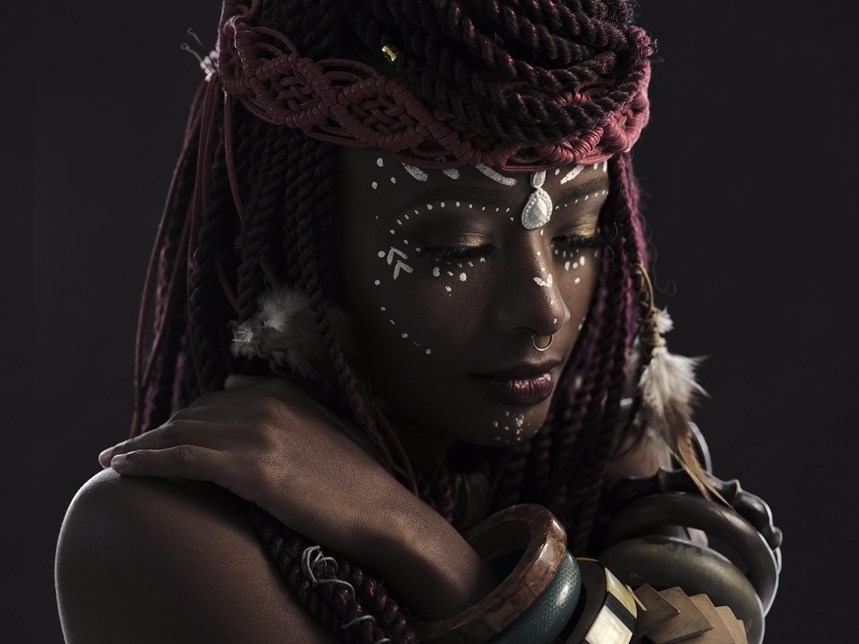 For autofocus, this camera features a 117-point contrast-detection system, which can be further divided to 425 points if desired, and focus point selection is easily handled using a dedicated focus lever. The rear 3.2" 2.36m-dot touchscreen monitor can also be used to select the focus point intuitively while also offering touch operations for the menu and image playback. Furthermore, this rear screen offers three-directional tilt to suit simultaneously shooting in the vertical orientation and working in live view.

Other benefits of the X-Processor Pro include the use of Fujifilm’s legendary Film Simulation modes, including a new Colour Chrome Effect. Another feature made possible by this engine is Full HD video recording at 29.97p, 25p, 24p, and 23.98, and Film Simulation modes can be used during video to limit the amount of post processing required. Multiple file formats are available for stills, including three levels of JPEGs; both uncompressed and compressed 14-bit raw shooting; and the camera can output TIFF files using in-camera raw development. 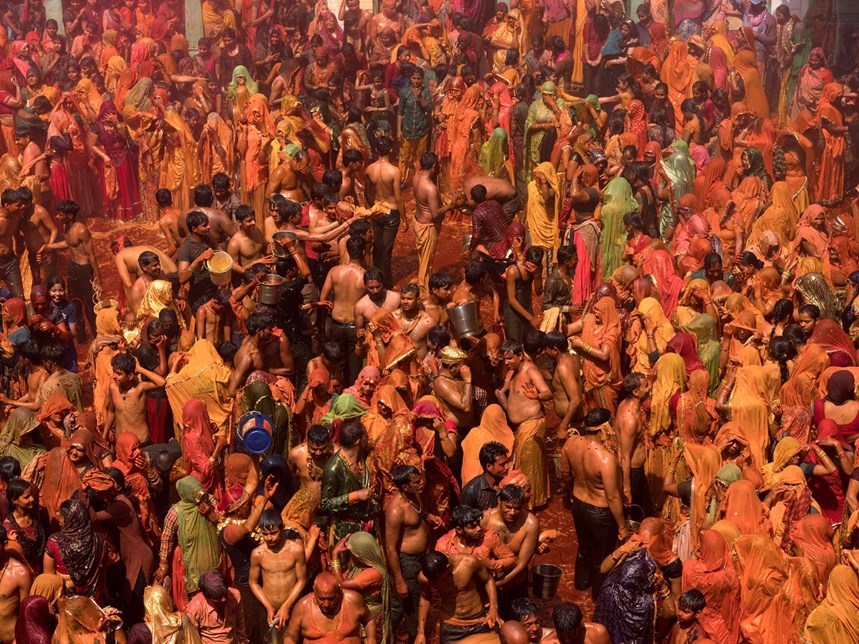 A major draw of the GFX 50S is the body design, which is relatively (for medium format) compact and lightweight at 2.7 lb, including the 63mm f/2.8 lens, battery, and memory card. Like their X-Series cameras, the GFX 50S offers dedicated physical dials and controls for all critical settings, such as shutter speed, aperture, and ISO. Aperture and ISO dials feature a Command position, while the shutter speed offers a Time position for controlling these settings using command dials located on the camera body. The top of the camera also sports a 1.28" LCD monitor, which displays exposure data for quickly checking without needing to pull up the rear screen or look through the included viewfinder.

One interesting feature of the GFX 50S is the included 0.5" OLED electronic viewfinder, which offers high resolution of 3.69m dots. This EVF slides into the camera’s hot shoe and features its own hot shoe for using a flash or other accessories. Also, it can be easily removed to cut down on weight or for easier camera storage. An optional EVF-TL1 Tilt Adapter will be available, as well, to add vertical and horizontal adjustments to the EVF. For flash users, both the hot shoe and a PC sync port are available, with a native flash sync speed of up to 1/125 second with the built-in focal plane shutter. Fujifilm's TTL system is supported as well as their high-speed sync mode with a compatible flash unit. 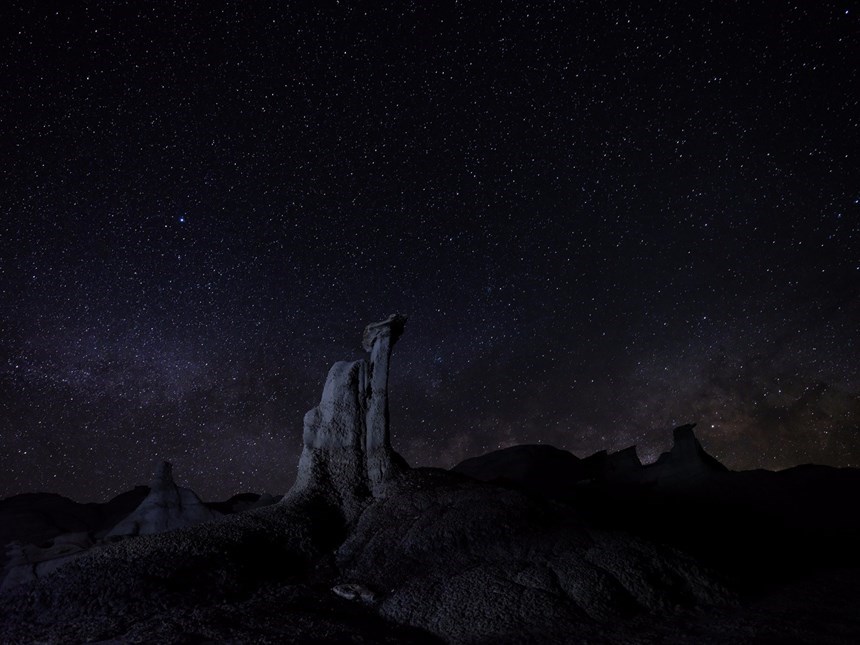 Other features of the GFX 50S’ physical design include weather- and dust resistance, as well as freeze-proofing for operation at temperatures as low as 14°F. Dual UHS-II SD card slots are present for speedy saving of images and can be set up in one of three recording modes, Sequential, which will automatically switch cards when one is filled, Backup, which writes the same information to both cards simultaneously, and Sorting, which saves JPEGs to one and raw files to the other. Much like its contemporaries, the GFX 50S has built-in Wi-Fi for direct connection to a mobile device.

As with many other professional systems, the GFX 50S is capable of advanced tethering over USB to a computer. This includes optional HS-V5 software for Windows, which offers advanced control over the camera’s settings from the computer, as well as file management. Other options include an updated Tether Shooting Plug-in PRO for Adobe Photoshop Lightroom that also adds other camera function via a Control Panel Window and X Acquire, which lets you set up a hot folder on your computer for working with other software. Additionally, Fujifilm offers RAW FILE CONVERTER EX 2.0 powered by SILKYPIX to perform advanced image adjustments. This software also has support for Fujifilm’s Film Simulation modes. 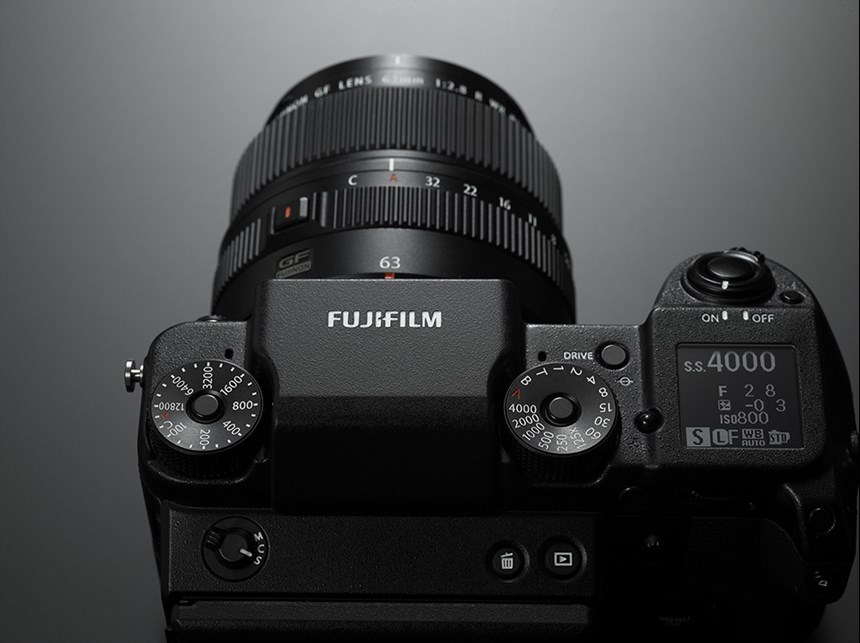 Fujifilm announced three lenses as part of a new GF series, which cover a variety of different focal lengths, with more promised to come throughout 2017. The new G mount features a flange distance of 26.7mm, helping reduce back focus distance for minimizing vignetting and maximising edge-to-edge sharpness. The GF series is also future-proof, since the lenses are designed to work with sensors with resolutions greater than 100MP. These lenses are designed for intuitive operation and professional use, including physical aperture rings with a Command position and Auto position, weather sealing and freeze-proofing, and a fluorine coating on the front element to repel moisture.

The standard lens of the bunch must be the GF 63mm f/2.8 R WR, with its 50mm equivalent focal length. It uses one extra-low dispersion element in its 10 element / 8 group optical construction and is compact, at just 3.3 x 2.8", with a weight of 14.2 ounces. It also uses the front group for focus to minimise aberrations caused by focus distance. A new FLCP-62II Lens Cap is available to protect the front element of this lens, and all G-mount lenses will use an RLCP-002 Rear Lens Cap to protect the rear elements.

Another prime lens is the GF 120mm f/4 Macro R LM OIS WR, which is equivalent to 95mm in 35mm format. The signature feature of this lens is, of course, its ability to focus close and achieve 1:2 magnification of your subjects. Beyond this, the 120mm guarantees tack-sharp images with minimal aberrations by fitting three ED elements into the 14 elements in 9-group construction. It also uses a floating focus method with a silent but high-speed linear AF motor. Furthermore, built-in optical image stabilisation can compensate for up to 5 stops of shutter speed for sharper handheld shooting.

The only zoom and only wide-angle option of this launch trio is the GF 32-64mm f/4 R LM WR, equivalent to 25-51mm. Thanks to a constant f/4 aperture, image quality, and light transmission are consistent throughout the range. It also utilises three aspheric elements, one ED lens, and one super ED lens to ensure high image quality and sharpness from edge to edge. Also, it features internal focusing and its AF is supported through the inclusion of a silent linear motor.

The "FUJINON GF110mmF2 R LM WR" is a medium telephoto lens for portraits. With a focal length equivalent to 87mm in the 35mm format, it achieves a brightness of F2.0 when used wide open to deliver beautiful bokeh. The high resolving power of the area in focus and the rich bokeh unique to medium format fast lenses depicts portraits with a realistic three-dimensional feel. It features fast and quiet AF due to a linear motor, is dust and weather resistant, and is capable of operating in environments as cold as -10°C. The lens combines high performance and reliability as a professional work tool. 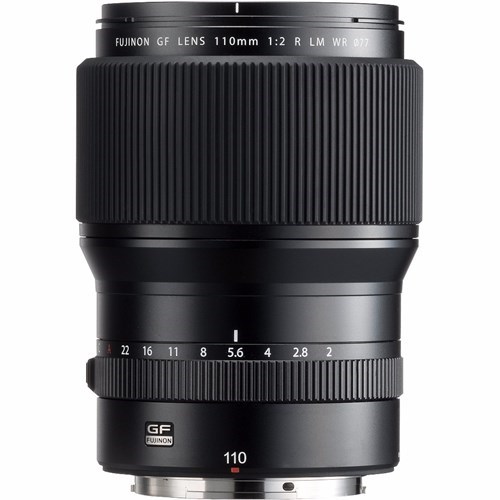 The "FUJINON GF23mmF4 R LM WR" has a focal length equivalent to 18mm in the 35mm format and is perfectly suited for landscape and architectural applications. Despite the super-wide angle of view, distortion is kept to a minimum, and with the high-resolution performance extending all the way to the edges, sharp depiction power as if looking at an actual landscape is achieved. It features fast and quiet AF due to a linear motor, is dust and weather resistant, and is capable of operating in environments as cold as -10°C. The lens combines high performance and reliability as a professional work tool. 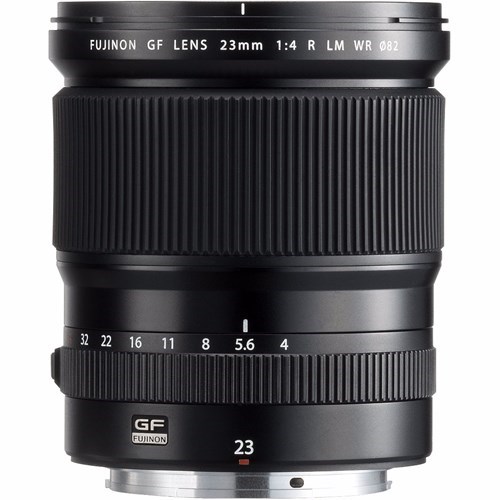